Programme of Excellency for Early Music

Programme of Excellency for Early Music

The Barock Vokal Akademie would be pleased to welcome young singers – ideally not older than 30 years of age– whose level of vocal education allows them to deal with matters of stylistic inter-pretation and performance as young professionals. We would like to support young professional singers to develop their skills and introduce them members of the Early Music network. Musical inquisitiveness, enthusiasm and openness to repertoire off beaten tracks is being appreciated. 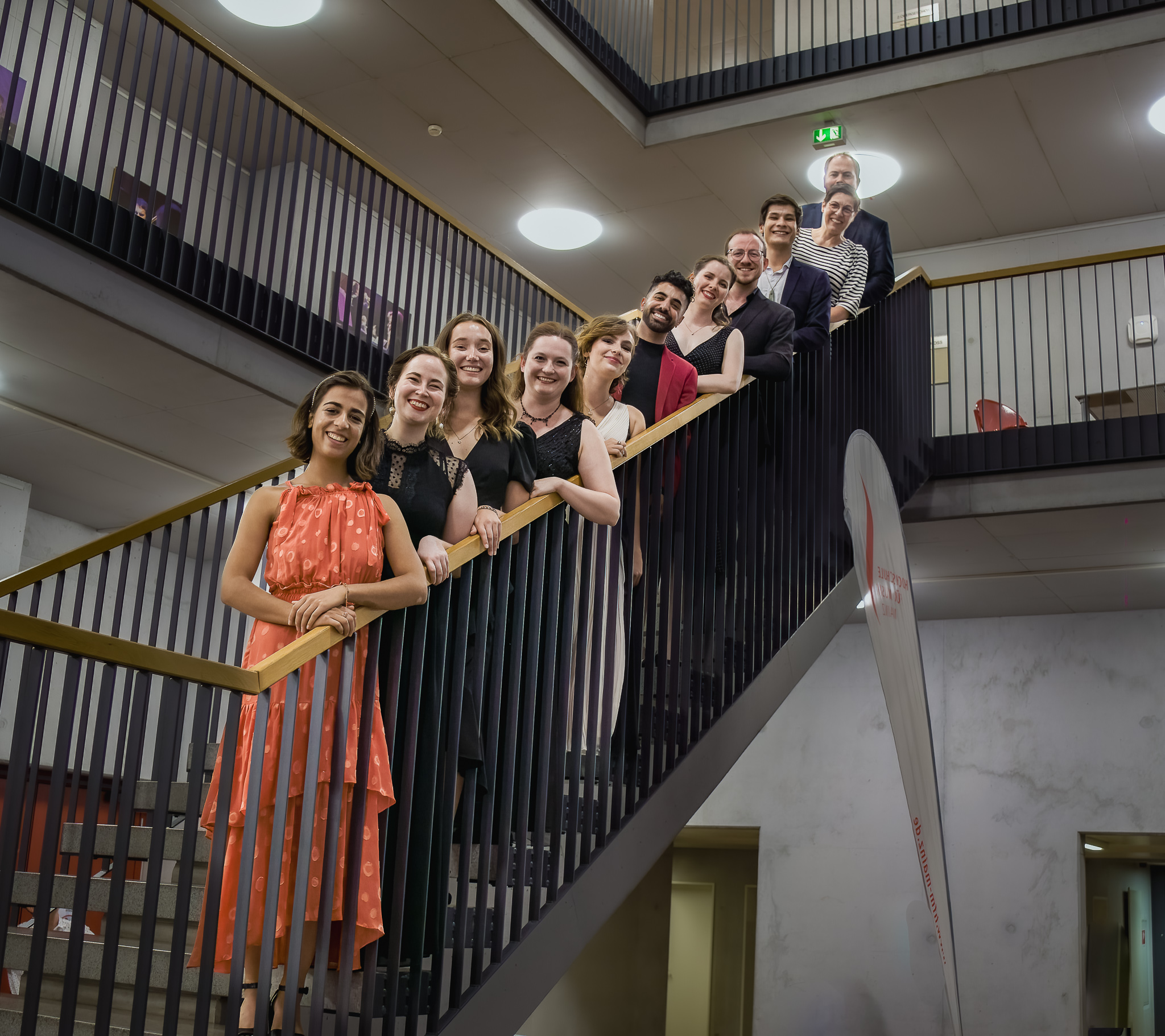 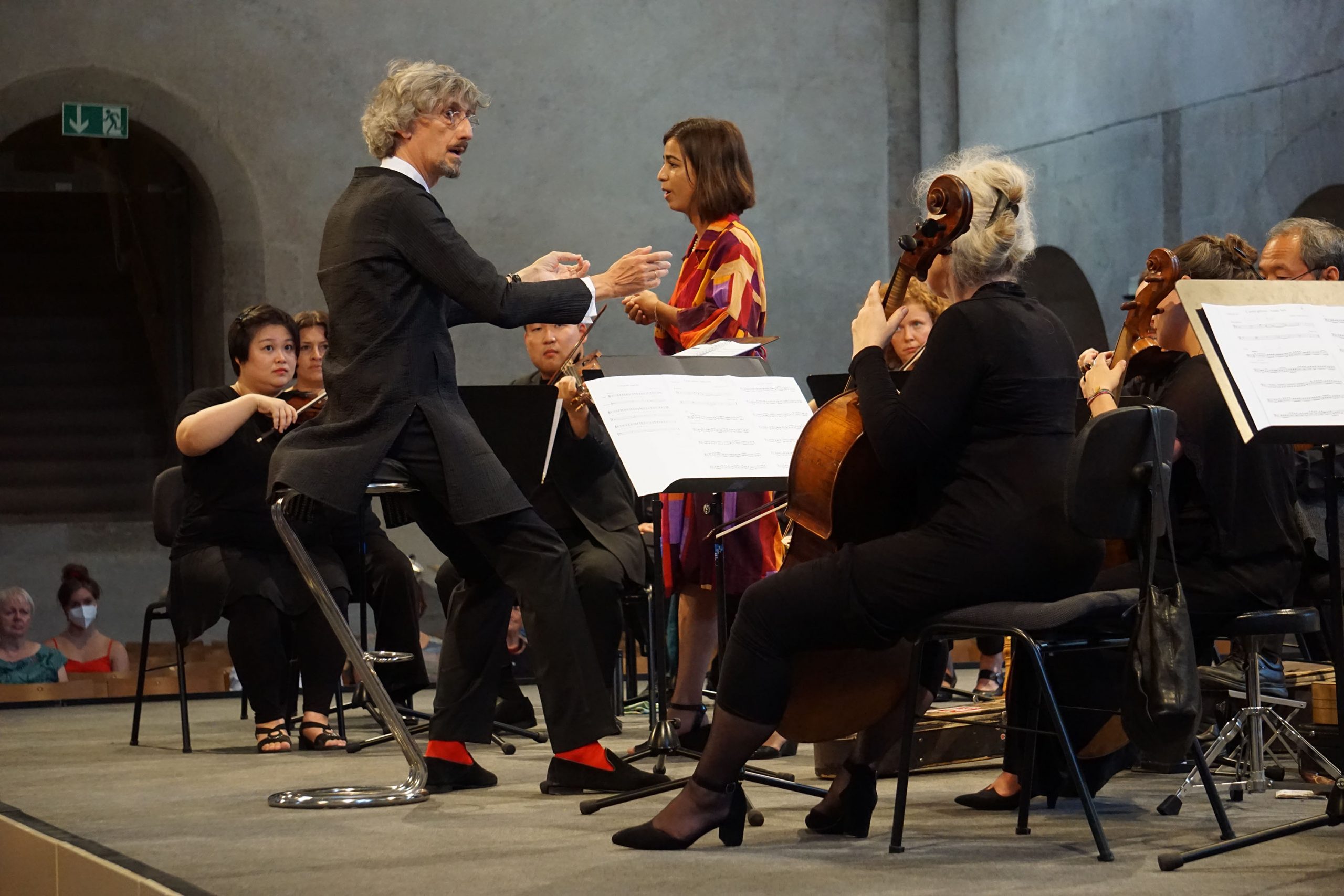 From around 1600 until well into the 18th century vocal music is based on the so called basso continuo. The singers’ focus on chamber music and their desire for (textual) expressivity gave way to vanity and the lust for excessive use of vocal embellishment and agility at the beginning of the 18th century. However, drama and virtuosity of late baroque and classical music couldn’t have developed without the profound understanding of vocal chamber music and soloistic ensemble singing.

This is our motivation to dedicate the work at BVA to arias from the 18th century and from the early baroque period, to the so-called main repertoire and lesser known pieces in German, Italian and French. We wish to offer insight in special aspects and general principles of baroque performance practice and how to use that knowledge practically. And maybe we can also kindle our participants’ curiosity to dive into the wonderful world of unpublished repertoire. 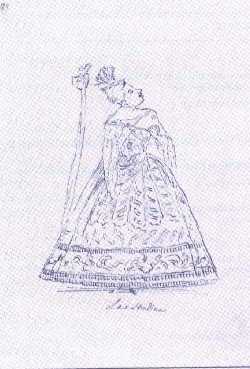 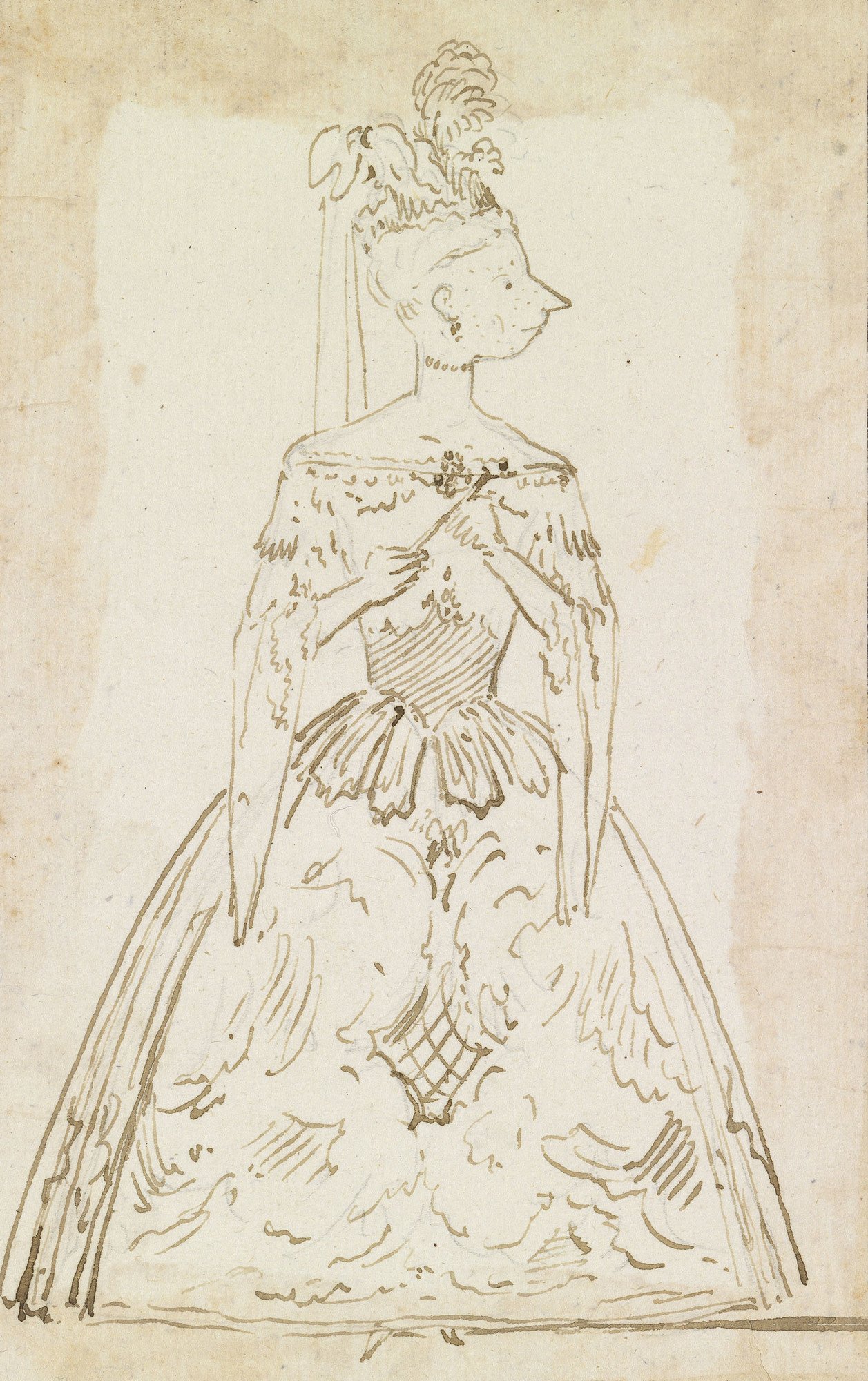 1723 – year of election of Bach as the new Thomaskantor (musical director of St. Thomas) at Leipzig

Johann Sebastian Bach – as strange as it may sound today – was not first choice for the magistrate in Leipzig when they set out to chose a successor to Kuhnau as Thomaskantor. The preferred candidates had a higher reputation than Bach: Georg Philipp Telemann – but he negotiated successfully a higher salary at Hamburg; then Christoph Graupner – but his employer, the Landgraf Ernst-Ludwig von Hessen-Darmstadt, also chose a prominent rise in salary to losing his beloved Kapellmeister. And Fasch didn’t get permission from his employer to apply for the post at all. So it came down to Bach.

Telemann, Bach and Graupner will constitute the centre of our singers’ first concert of BVA 2023 with Ensemble Cydonia Barocca directed by Florian Heyerick.

At the beginning there was … Monteverdi. Well, at the beginning of the so-called Baroque era. And he was not alone. He and his contemporary musicians developed around 1600 the seconda pratica, the monodic style and created Baroque opera. The first half of the 17th century offers an immense treasure of continuo-accompanied vocal music: soli, madrigals, ensembles, dialoghi, cantate, … The names and forms vary. Since the musical style and its performance is new, the composers search for new moulds to structure their musical inventions, always guided by the principles of clarity of text and expression of emotions.

Georg Friedrich Handel‘s operas fortunately have found a broad audience since their re-discovery and are being performed ever more frequently. The singers’ parts were written for his time’s finest singers: Sensino, Cuzzoni, Bordoni, Boschi, Durastanti, … But since the singers he had hired for Radamisto in the first place couldn’t make it in time to London for the premiere in 1721, Handel had to adapt his score for other singers. And changes in the cast for later performances also necessitated alternative arias, transpositions, cuts, …

That gives us the opportunity to adapt the existing music for our young cast next summer and create our own version of Radamisto – practice in Handel’s footsteps, so to say.

Neumeyer Consort will accompany the singers under the direction of the returningconductor Paul Goodwin.

And last but not least the participants can enjoy interesting lectures from our musicological colleagues.

Vocal Virtuosity
from Claudio Monteverdi
and his contemporaries 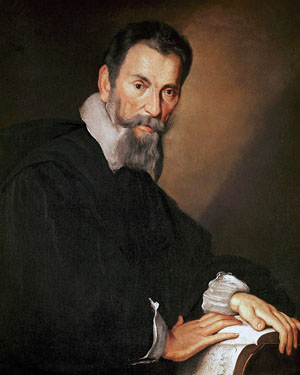 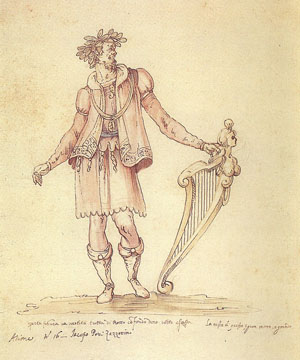 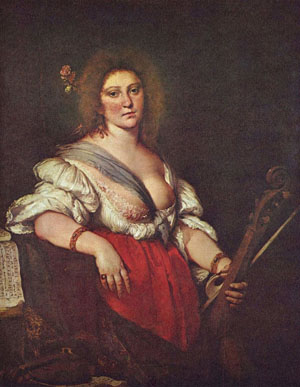 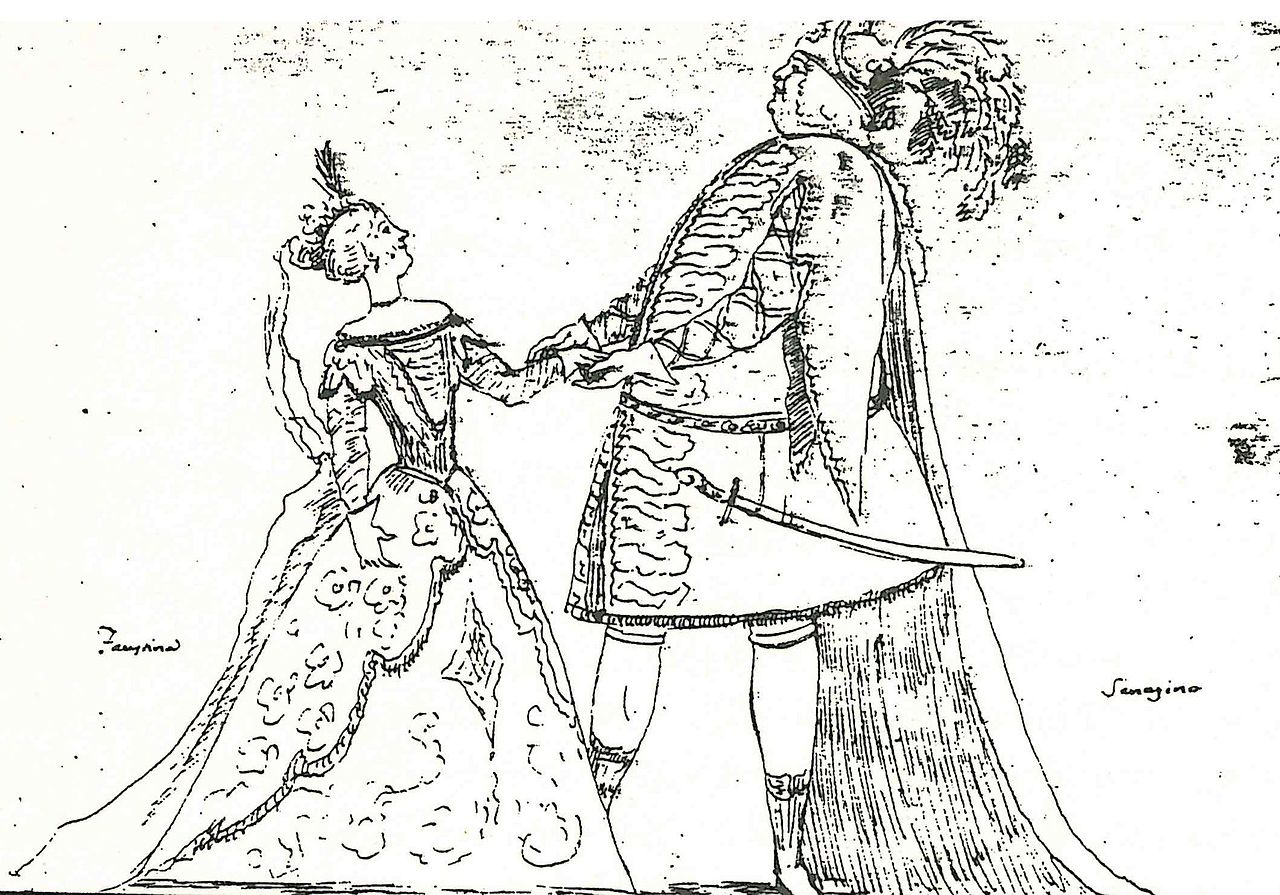 Faculty of the Barock Vokal Akademie 2023

Prof. Dr. Karl Böhmer (musicology, Bach and Händel)
teaches at the HfM Mainz stylistics of the 18th century. His favourite research topics are the 18th century and Bach, Handel, Alessandro Scarlatti and Mozart as well as opera seria and oratorio. He has published two books (“Mozart in Mainz”, “Händel in Rom”) and various essays in congress reports and musicological journals.
>>Karl Böhmer

Daniele Boccaccio (harpsichord, language coach Italian)
works as harpsichordist, organ player and conductor. He performs as soloist as well as continuo player with chamber music groups and orchestras. And besides teaching, he edits musical manuscripts.
>>www.danieleboccaccio.it

Prof. Lynne Dawson (vocal coach)
is head of vocal and opera studies at the Royal Northern College of Music (RNCM) as well as the University of York and is a Professor of Leeds College of Music. Her repertoire is widespread and comprises baroque music and contemporary works. On the opera stage she sang e.g. Ann Truelove in The Rake’s Progress, Mozart’s Countess and Purcell’s Dido. Stylistically highly versatilie she performs with famous orchestras and ensembles, among them John Eliot Gardiner, Jeffrey Tate, Marc Minkowski, René Jacobs, Roger Norrington.
>>Lynne Dawson

Paul Goodwin (conductor, Handel: Radamisto)
Paul Goodwin started out as Baroque oboist, working with the leading Baroque orchestras, before turning to conducting. He is enjoying a distinguished career as conductor of Baroque bands and symphonic orchestras and has held positions as artistic director of prestigeous festivals like the Carmel Bach Festival. He also is a dedicated teacher and commits himself to educational programmes.
>>www.paulgoodwinconductor.com

Prof. Florian Heyerick (conductor, 1723 – Bach, Graupner, Telemann)
founded the ensemble Cydonia barocca, leads the Vocaal Ensemble Ex Tempore, Mannheimer Hofkapelle and performs as flutist, harpsichordist and conductor. As a musicologist he has specialized on the Darmstadt court composer Christoph Graupner whose works he edits, records and performs on international stages. At the university of Gent (B) he teaches choral conducting and historical performance practice, while he also conducts various international baroqueorchestras.
>>Florian Heyerick

Prof. Andreas Karasiak (vocal coach)
has performed for more than 30 years internationally in concerts and on opera stages in Europa, Amerika, Japan and Australia. As member of the Nationaltheater Mannheim he sang most of  Mozart’s lyrical tenor opera roles. He worked with stage directors such as Katharina Thalbach, George Tabori, Götz Friedrich and renowned conductors on the field of baroque music. He teaches voice at the HfM Mainz.
>>www.andreaskarasiak.de

Prof. Felix Koch (chamber music)
heads the Collegium Musicum at the Johannes Gutenberg-University Mainz and teaches Baroque chamber music and musical outreach at the Hochschule für Musik Mainz. He is the artistic director of the orchestra Neumeyer Consort and initiated the Telemann-project which is scheduled to edit, perform and record Telemann’scomplete  French Cantata Cycle for the first time – a fascinating new discovery on the field of Early Music.
www.telemann-project.de

Prof. Dr. Ursula Kramer (musicology)
is professor for musicology at the Johannes Gutenberg-Universität Mainz. One of her favourite research topics is the music by Christoph Graupner. Her interest in the Baroque era goes beyond musicology, being not “just” a scholar but also (historical) bassoon-player.
>>Ursula Kramer

Prof. Elisabeth Scholl (vocal coach, artistic director of BVA)
is a soprano with musicological background and specialization in Baroque singing. She has acquired expertise on the field of Baroque opera, oratorio and cantata throughout her extensive work with conductors and ensembles specialized in historic performance practice.
www.elisabethscholl.com

Markus Stein (harpsichord, chamber music, managing director of BVA)
teaches basso continuo at the HfM Mainz and is a sought-after accompanist for singers and chamber musicians, as well on the organ as on the harpsichord. He’s one of the relevant minds behind the telemann-project.
https://www.cembalist-markus-stein.de

Lawrence Zazzo (vocal coach)
is countertenor and performs internationally on opera and concerts stages, his repertoire ranging from baroque music to contemporary music. He captures his audiences with great expressivity and performance skills. He is also a researcher with a PhD in musicology and teaches voice at Newcastle University (GB).
>>Lawrence Zazzo

Do you want to know more about the Barock Vokal Akademie? Feel free to send us an e-mail. We'll be happy to answer: